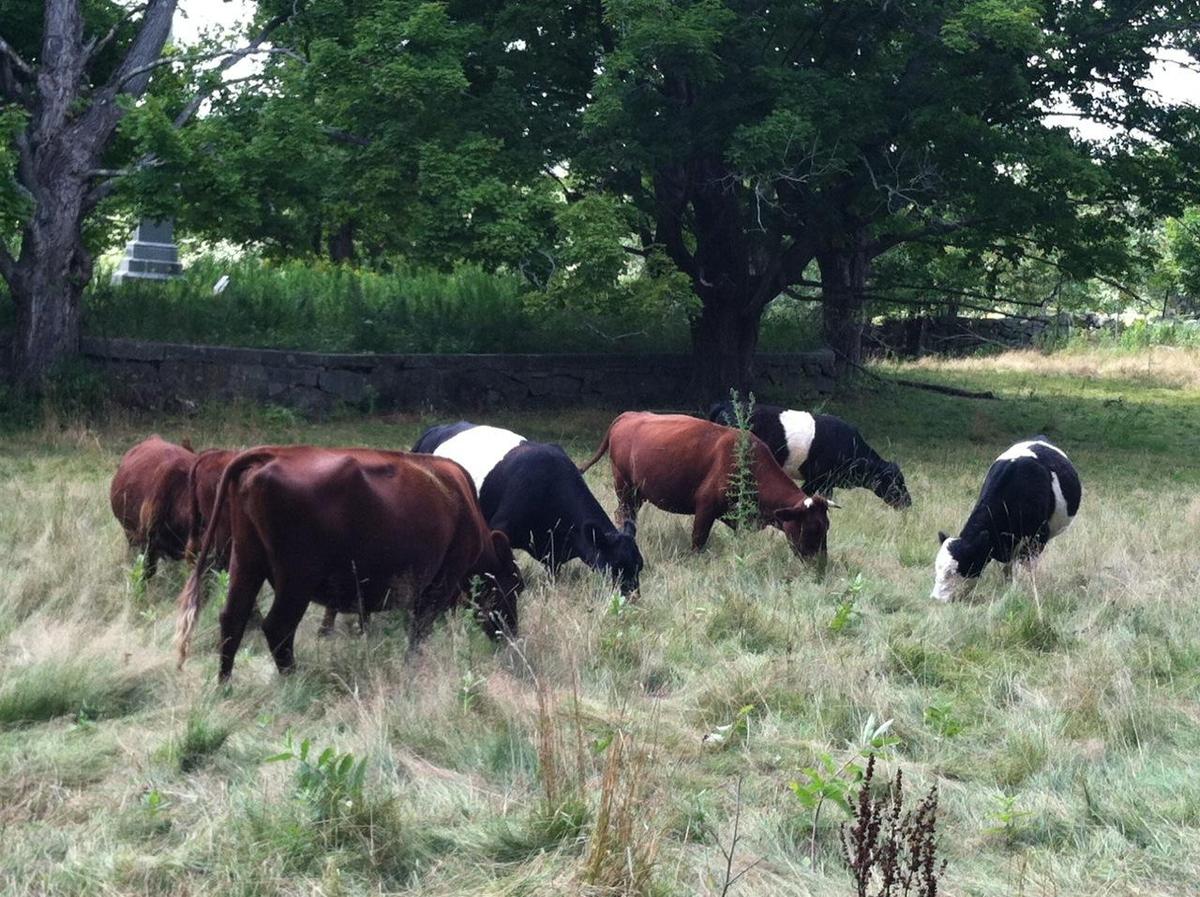 EIGHT BEEF CATTLE ON OUR FARM

Of the eight beef cattle on the farm, four are purebred Red Devons. They are a heritage breed known for its hardiness, its ability to produce an extremely high quality carcass on low quality forage, its docility, and for use as draft animals (among other things). Historically, Devons have been used in New England for many years and are perfectly adapted to our ecosystem. Our Devons come from the world class genetics of the Rotokawa Devon line from New Zealand, a line sixty years in the making, bred to consistently develop the highest quality carcasses and meat product on grass alone. The entire herd was flown to the United States in the late 2000’s and made its way across country to Hardwick, Massachusetts. We were fortunate to purchase some of the progeny from this line.

We also have a purebred Belted Galloway cow and steer, another heritage breed known for its hardiness, mothering abilities, and high quality meat. Belted Galloways, or Belties, are a breed recognizable by their squat body frame, shaggy hair, and black hair with a white stripe (or belt) around their middle (making them look like Oreo cookies.) While still a relatively rare breed, Belties have become more popular as of late, especially on small farms. Their thick hair allows them to weather anything a New England winter can throw at them, their meat quality is outstanding, and their ability to thrive on the lowest quality forages make them perfect for small New England farms. Our Beltie cow came with a calf at her side, and since coming to the school has had two more heifer calves.

Our cattle are 100% grass-fed and, as with all of our livestock, do not receive any hormones and only receive antibiotics when medically necessary. We manage our herd using the Holistic Grazing Management system, which mimics wild ruminant herd grazing patterns and utilizes the cattle to improve the entire pasture ecosystem. This includes the microbes in the soil, the soil itself, the worms, bugs, birds, grass, and eventually up to the cattle. Mother Nature is the authority on sustainability, and following her example is the only way we can hope to achieve true sustainability in agriculture. 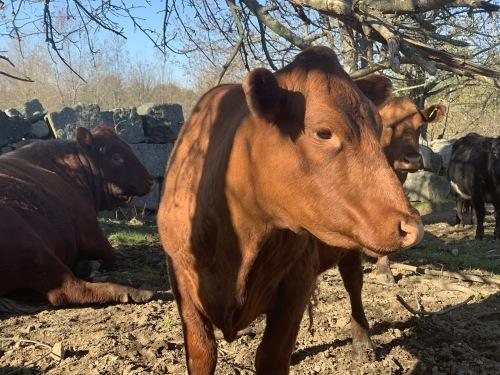 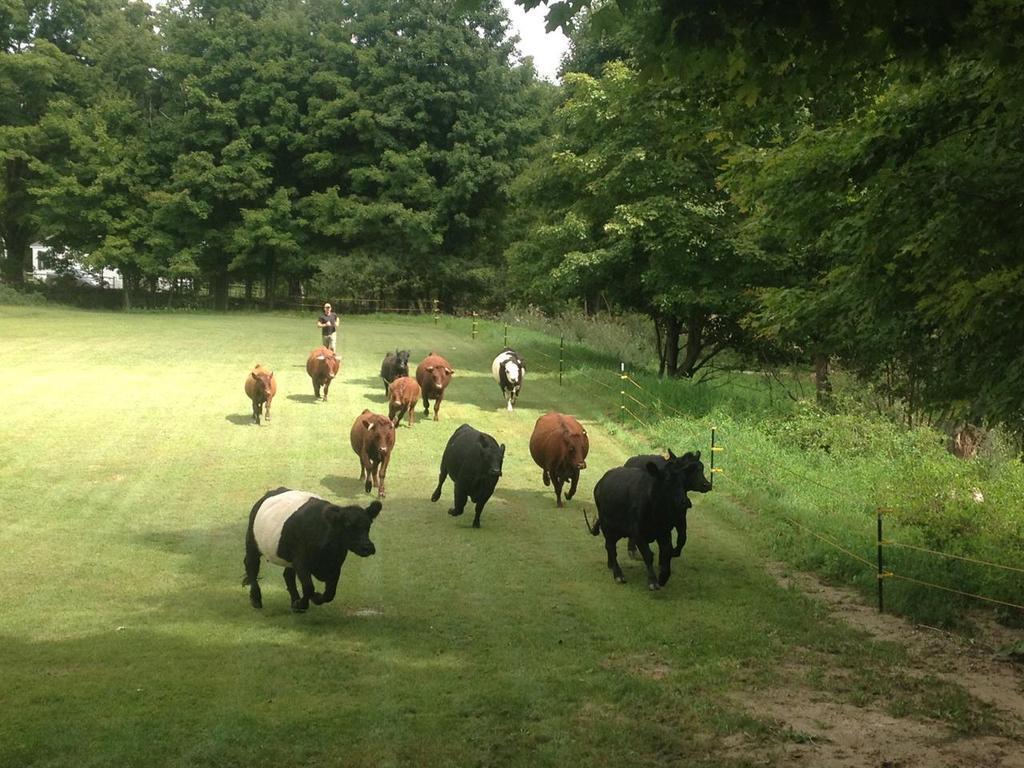 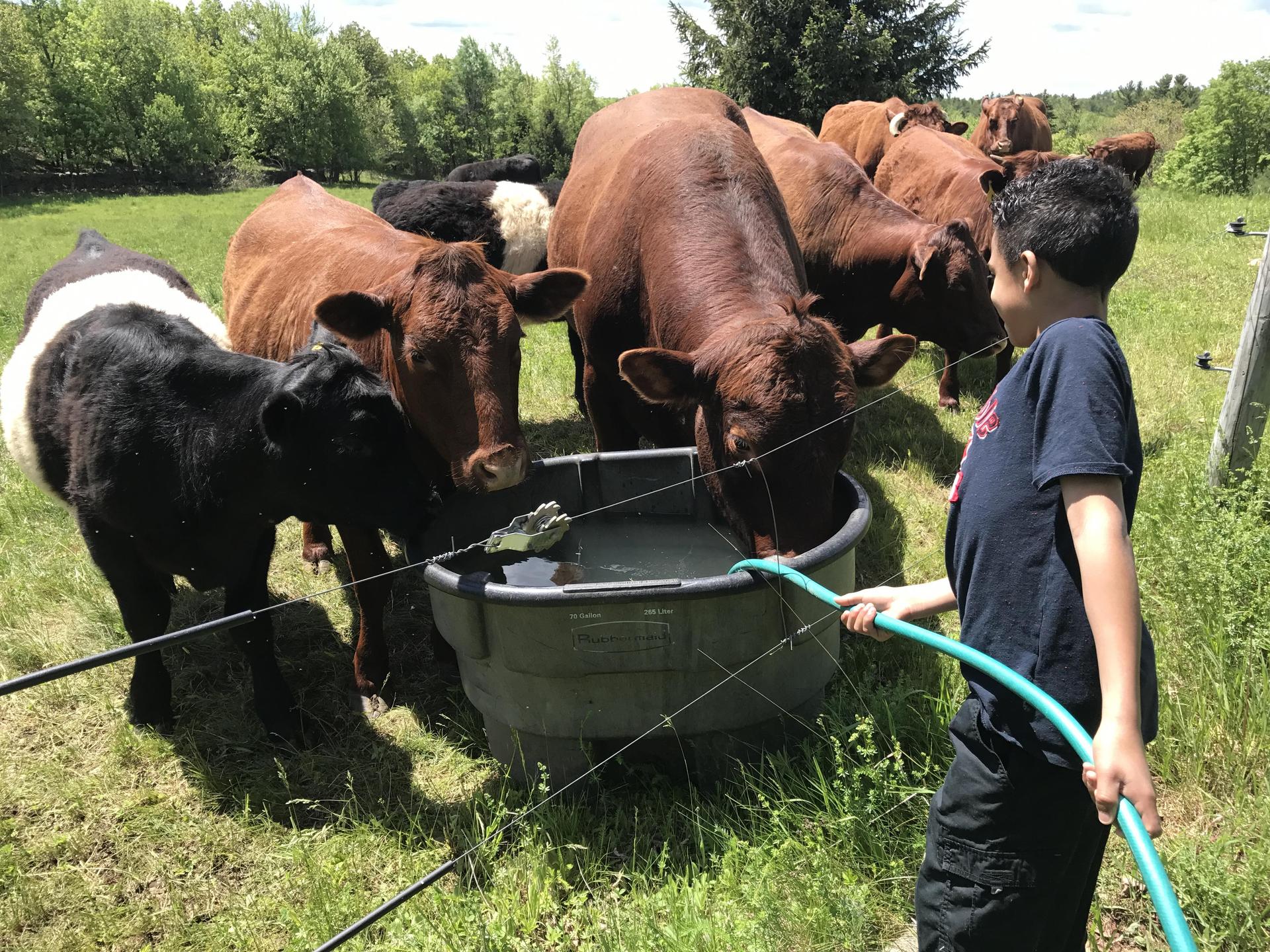